The history of our founders, PSG & Sons and the contribution they made to the noble cause of education is voluminous. 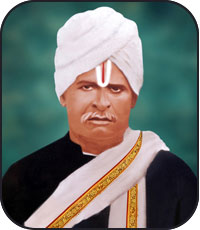 “Let there be charity, so that others can share my family’s prosperity” – P.S. Govindaswamy Naidu

This lofty ideal was instilled in the minds of the philanthropic sons also. The four great brothers unanimously agreed to divide their ancestral property into five equal parts. One fifth of the share was set aside to create a charitable trust to establish and manage schools, colleges, hospitals, hostels, orphanages, etc., which became their fifth sibling. Thus, it paved the way for the origin of PSG & Sons’ Charities.

PSG & Family have undoubtedly played a stellar role in placing Coimbatore on the educational and industrial map at the national and international levels.